Sacramento is the capital of California.  The city played a major role during the mid-1800s Gold Rush where it was a major distribution point for commercial, agriculture, and transportation. Today, Sacramento is a hub for arts and music.  Armed with 7 major museums, a philharmonic orchestra, film festivals, and a growing “farm-to-table” movement, Sacramento is a sought out destination for central valley inhabitants looking for a little urban life without moving too far away from the aggie life.

Enter an address or zip code and click the find locations button.

Medical marijuana delivery Sacramento services are now available to many of the surrounding areas of California's capital.  From Roseville to Elk Grove, there are verified and trusted MMJ delivery services ready for your online or phone orders.

DO YOU HAVE AN MMJ SERVICE? Add your Sacramento MMJ delivery service here 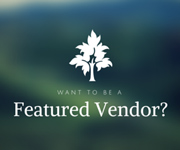