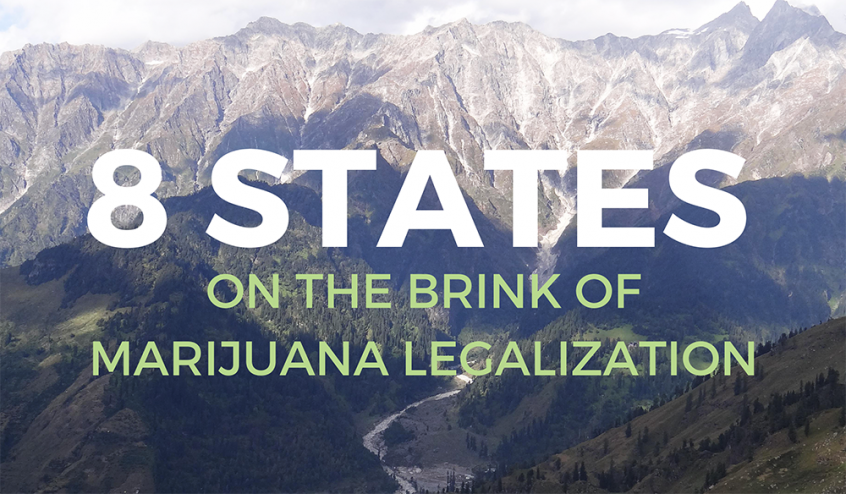 States like Colorado and Washington legalized recreational marijuana use nearly three years ago. Since then, each state has experienced tremendous gains in the form of decreased drug arrests, increased tax revenue, and decreased unemployment. For a more comprehensive list, click here.

With gains like these, it’s hard to ignore the potential benefits that come along with the legalization of marijuana for recreational use and sale. Colorado and Washington have paved the way for states that are bordering on the concept of legalization. By proving that legalization does not lead to havoc but rather improves state affairs, states like California, Florida, and Maine – just to name a few – are taking notice and are on the brink of legalizing recreational marijuana use under their own jurisdiction.

California already supports medical marijuana use but with the popular vote skewing more and more towards recreational legalization, it’s really only a matter of when California will legalize, not if. And with California being the trendsetter when it comes to our nation’s political and social movements, what happens here will be most telling of what is to occur in the rest of the country.

In a recent poll conducted by Quinnipiac University, a whopping 84% of Florida voters voted in favor of a bill to legalize medical marijuana. This is telling as the first step to legalizing recreational use, depends on the voters’ views towards medical use. If 84% is in favor for medical use, this is very good news for the future of recreational use for Florida.

Maine legalized medical marijuana in 1999 with a 61% voter approval. In 2009, the Legislature expanded Maine’s legal marijuana rules to allow a wider range of patients to qualify for medical marijuana licenses as well as to permit dispensaries. In addition to these progressive expansions, Maine has also decriminalized the possession of small amounts of marijuana. These advanced movements only prove that Maine is very closely toeing the line towards recreational legalization.

What was once a taboo subject matter in Massachusetts now has a special committee devoted towards the legalization of marijuana in the state. The Special Senate Committee on Marijuana will examine the weed rollout in states like Colorado and Washington in order to make recommendations regarding legislation in Massachusetts.

There is a planned ballot initiative slated for 2016, allowing Arizonians to legally carry and grow marijuana. If this initiative passes, adults aged 21 and over would be allowed to carry, use, purchase, and process marijuana. It would still however, be illegal to drive while impaired.

Just like Arizona, Nevada too has its own ballot initiative slated for 2016. Proponents are pushing for legal marijuana to be regulated like alcohol, to put an end to marijuana prohibition, and to allow law enforcement officials to spend their time addressing more serious crimes.

While New Hampshire currently only legalizes medical marijuana use, lawmakers are considering bills that decriminalize small amounts of marijuana possession and to establish a legalization study commission.

Technically, recreational weed is already legal in Oregon as Measure 91 was approved on November 4, 2014. However, home grow/possession provisions weren’t active until July 1, 2015 with small sales at dispensaries slating for October 1, 2015

It’s impossible to ignore the fruitful gains of marijuana legalization. Colorado, Washington, Alaska, and now Oregon are all onboard for a future of increased tax revenues, increased tourism, and decreased drug arrests. These facts are consistent and other states are taking notice. It really is only a matter of time before more states join in on the marijuana revolution.